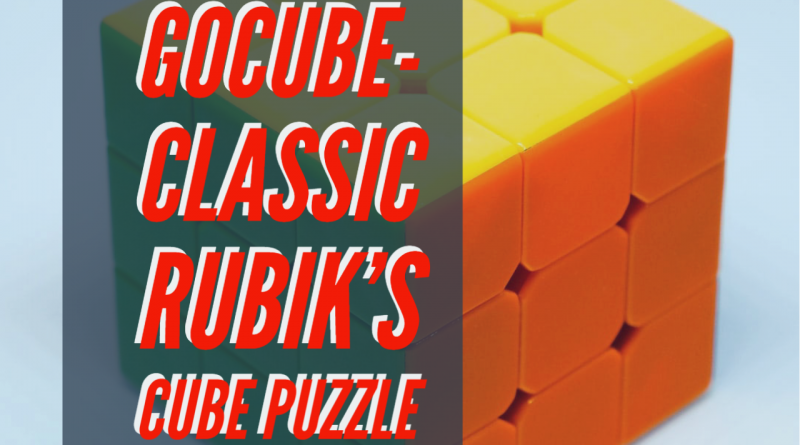 The one puzzle that has been taking on the world due to its complexity to solve is the Rubik’s Cube. Invented in 1974, the cube was once the hardest puzzles to solve. With the aim being to be able match every face of the cube with a single color, it is still a level 10 puzzle. The cube, however isn’t as difficult as one may think it is. Yes, back in the 1990s, algorithms were developed to solve the cube. But even those aren’t easy to learn and memorize. Thus, this company called GoCube created a ‘smart’ cube to help everyone out.

Features of the ‘GoCube’

The GoCube is a device which connects via Bluetooth to one’s mobile device. It features an app, download it easily on the Google Play Store or the Apple App Store. After connecting to the app, a virtual Rubik’s cube within the app helps the user solve the actual cube. It uses WCA standard notations to help one understand how the cube actually works.

Apart from letting one learn the cube using algorithms, it also allows the users to track their times, averages and personal best scores. One can as well through an online mode, compete with other cubers in 1v1 challenges.

The hardware features light indicators at borders and lets one know their status after every solve even without the app. It has amazing battery life and charges easily through a Micro USB type cable.

Variants of the puzzle

The company has create two versions of the puzzle, the first one being the standard edition, while the other being the ‘edge’ edition. The basic difference between these two is that the sensors on the edge version can track movement accuracy to 1/1000th of a second- which is also the WCA norm, while the standard can do so till only 1/4th of a second. For a beginner, it is still suggested to get the Standard edition though.